Don't forget to visit my other sites

My website
www.teambarbel.co.uk
NEW *****The Diary Of Our New Home ****NEW
www.number20ourhouse.blogspot.com

We have been testing reel lines at Korum for a while now,, plenty didn't even warrant any more than a quick look others failed under test but the new XPERT REEL LINE in the shops made the grade.

I am sure you will agree once you've tried it 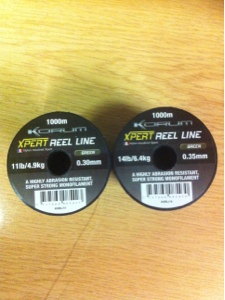 Its Been A While

Its been a while since I last posted in my blog, mainly because I haven't had too much fishing wise to post up, 1 good barbel just short of 12lb the day before the weather changed and we entered the cold spell we are now in.

Had a pike session with Tom, Ginger and Tjitske plenty of runs but no pike bigger than 6lb, still had a great day out as always with the Team Barbel Crew.

They will be live on his website in the next few weeks.

Hope you enjoy it

Just before Christmas I submitted a piece of writing to the Barbel Society for their upcoming book Barbel Tales, the piece was accepted and will be used when the book is released in June, along with the  article I also sent plenty of images to illustrate the piece, I am proud to say that one of the pictures will be used as the cover shot, its a shot taken at sunset on the Trent by Tjitske and i think you will agree its a great shot. 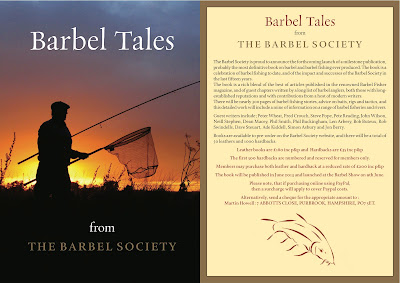 I have not stopped since we got back from Spain, I had promised T some fitted wardrobes for over 2 years so got down and on with it over the last couple of weeks and I must say we are both pleased with the outcome, will leave T to post on No 20 site about them.

So because of that and the weather fishing has been out but decided to put that right this week.

Monday we decided to fish the Riverside stretch in the Centre of Norwich with great Success, using simple feeder tactics with chopped worm and maggot we absolutely bagged up with close to 150lb of bream before we packed in, the bream fed from the off and with fish over 6lb included in the haul we went home well satisfied. 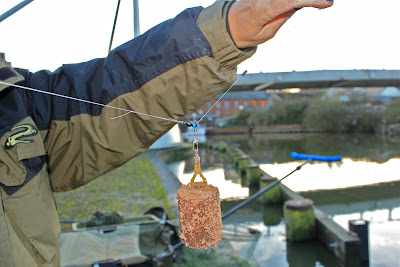 T had some of the better fish, but she was not sure about the chopped worm and grounbait under those well manicured nails. 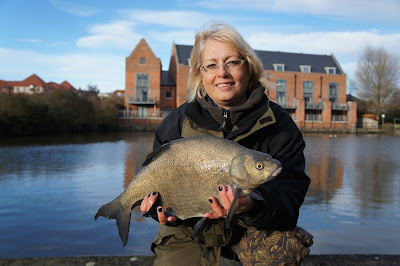 Had an otter pay us a visit and I got very close to it to take some pictures, is wasn't scared at all by my close presence as you can see, Semi tame and I would say one that is well used to plenty of human activity, likely an unofficial release from a local animal sanctuary or wildlife park. 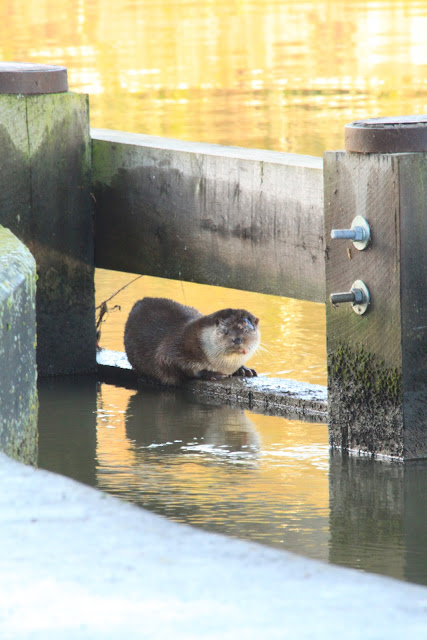 Had a Consultants meeting yesterday At Korum HQ, great as always to get together with the team, the good thing about the team at Korum is no big names nobody who thinks they are something they are not, just a team of anglers who are just that ordinary every day anglers with passion for our sport.

Look out for some new tackle items hitting the shops soon, my Favourite is the Stalking Rucksack, this will suit most river anglers and I think will soon become a big hit on the banks
Posted by Unknown at 16:28 1 comment:

Another video in the 5 minute series, this time it's Spain

Have a look on You Tube.. to find the rest search.... Ade Kiddell

Very sad but not surprised to hear that fishing on the Cauvery River in Southern India has been banned.

Several organisations including Jungle lodges and Angling Direct Holidays are busily fighting the ban but I don't hold out too much hope. 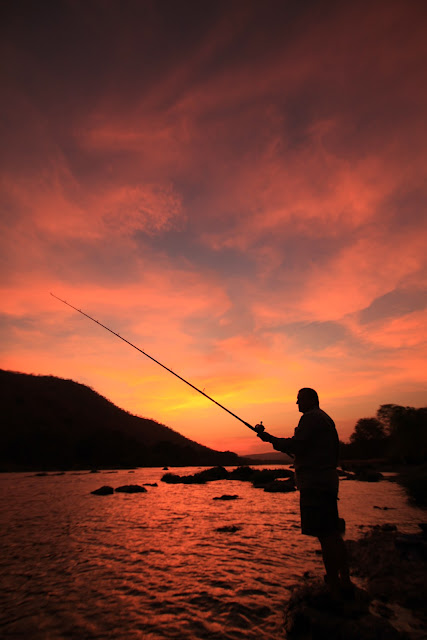 My feelings are this has been caused by the action of one or two individuals who are very jealous of the  whole situation regarding fishing on The Cauvery, basically they want to control it and Angling Direct and Jungle Lodges all ready have that under control so they have stirred and stirred and now this is the result.

Watch this space for further announcements
Posted by Unknown at 18:27 5 comments:

We have just returned from a trip to the Extremadura area of Spain in search of Comizo barbel, joining us on the trip was Cees and Heike our great friends from Germany.

Fishing one of the many man made lakes in the area we were targeting barbel but were of course happy to catch anything, which was a good job as it was hard not to catch carp and cat fish as well as barbel, I was happy to land over 200 fish during the trip, with the majority of these being barbel and the best going over 15lb, I was well satisfied with the result 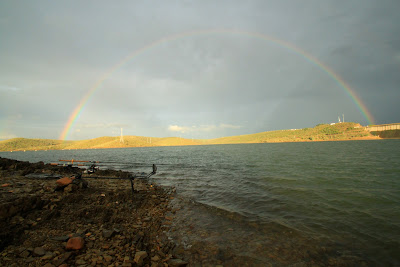 The barbel in the main were in the 5 to 8lb, class scrapped like crazy and were very photogenic 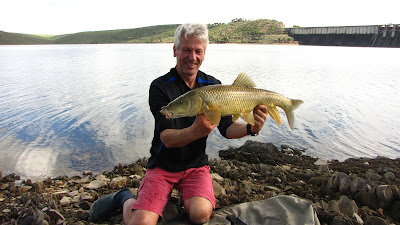 We also had plenty of catfish and carp with mid doubles amongst them, the catfish were ugly brutes but put up the best scrap of all, the smaller ones were a real pain just as the light fell in the evening, making it hard to target the barbel at the best time. 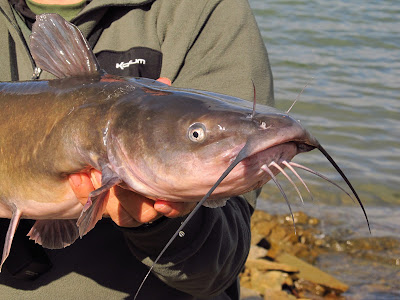 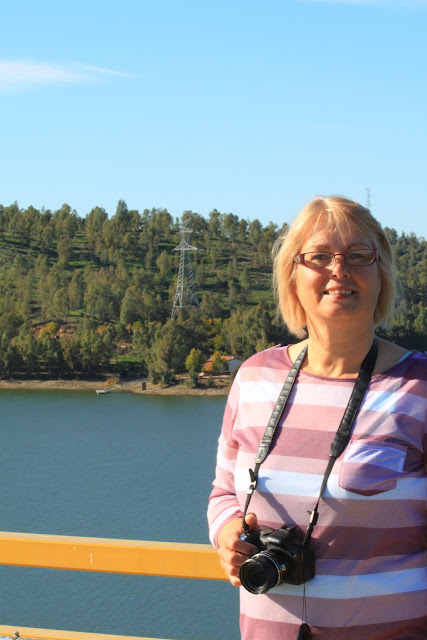 A big thanks to Korum and Sonubaits for supplying the tackle and bait for the trip, Simply The Best........ 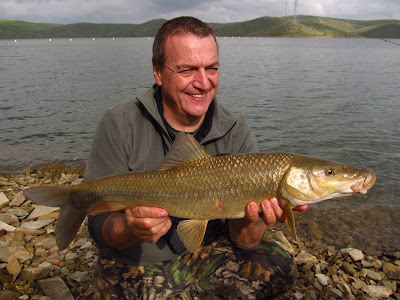 A big thank you also to Cees and Heike for organising the accommodation and all the domestic arrangements for the trip, and Cees for transporting tackle and bait half way across Europe we really appreciate it

Blogging on the move 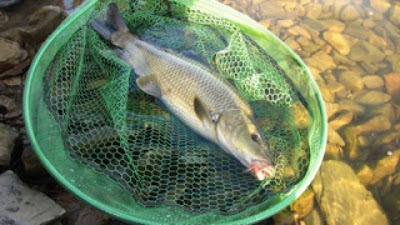 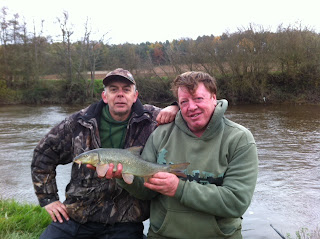 Been in the Severn Valley this week with old mates Ginger and FFFisky river is cold and fishing hard but Ginger has caught one today,, not a biggie but who cares they all count..

Fisky is looking forward to sleeping in a snoring free zone tonight as we are going to make Ginger sleep in the car. 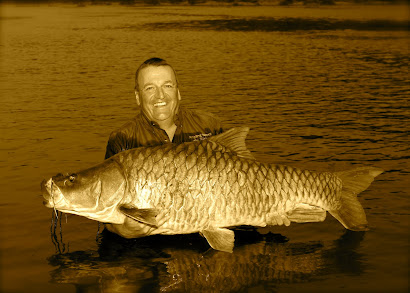 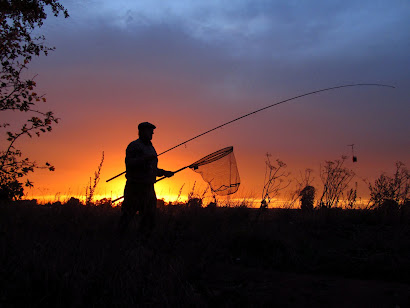 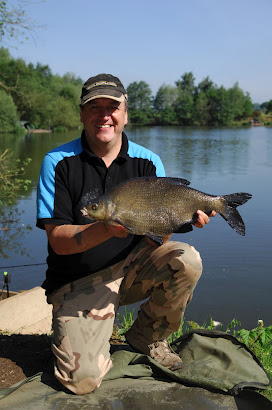 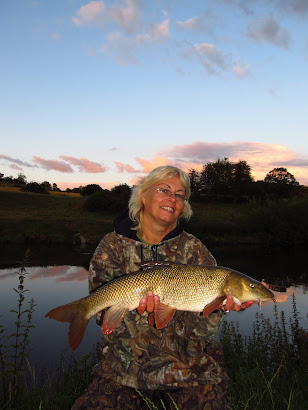 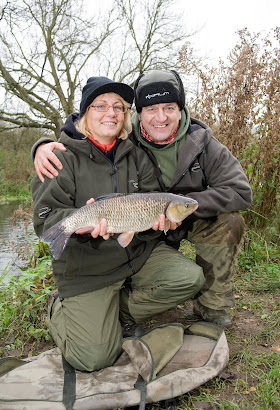